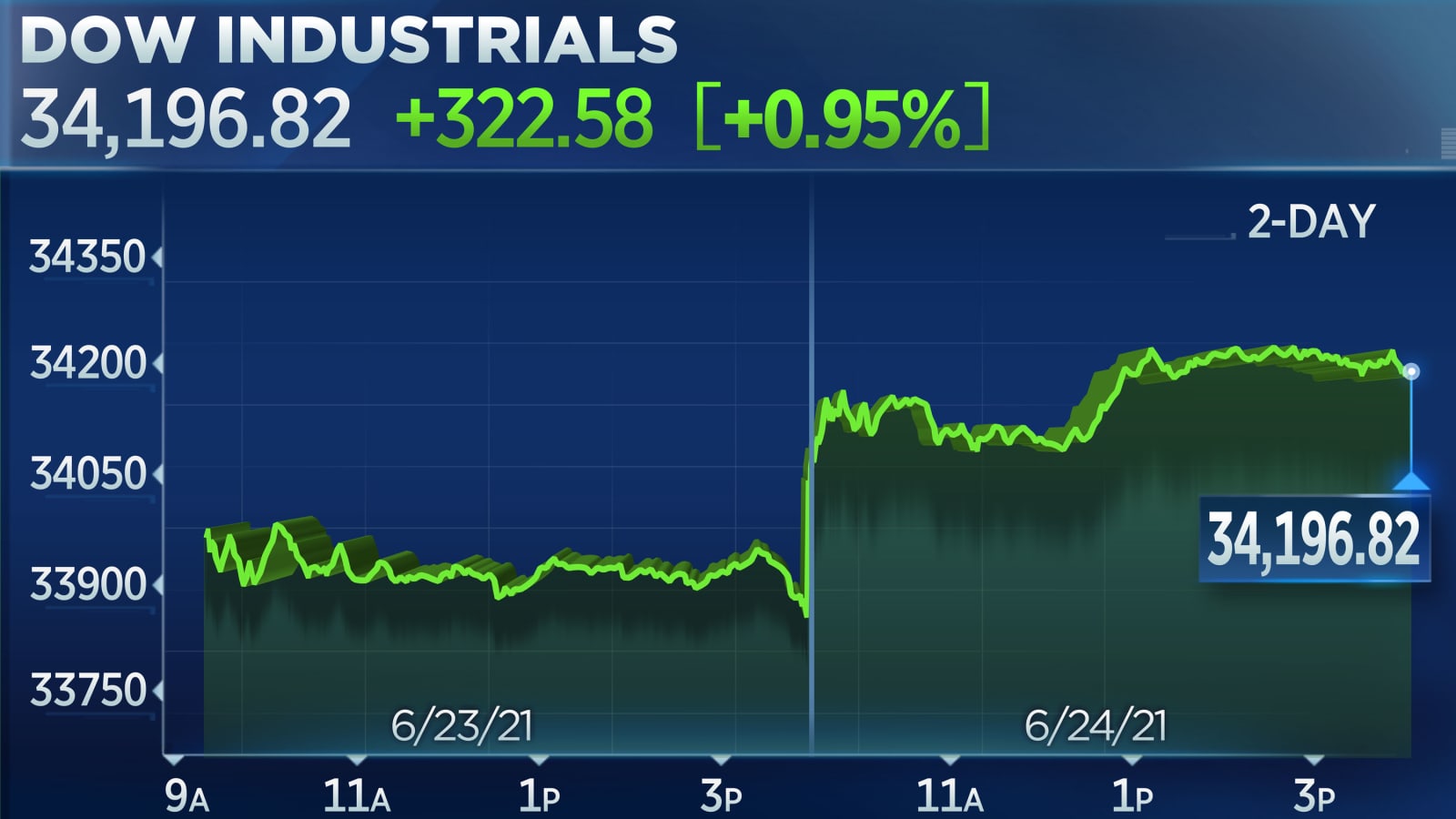 U.S. stocks jumped to session highs, with the S&P 500 reaching a record, Thursday after President Joe Biden declared that the White House struck an infrastructure deal with a bipartisan group of senators.

The infrastructure deal will include $579 billion in new spending, the White House said. Republicans have fought the president’s proposal to hike the corporate tax rate to 28% from 21%.

A broad group of stocks gained to push the benchmarks to new highs. Financials, energy and communication services were the best-performing sectors Thursday. Tesla added 3.5%, while Caterpillar jumped 2.6%.

The blue-chip Dow suffered its worst week since October with a 3.5% loss last week after the Fed heightened inflation expectations and forecast rate hikes as soon as 2023. Economic comeback plays led the market losses as investors bet on slower growth amid the central bank’s hawkish sentiment. The S&P 500 fell 1.9% last week.

Comments from Fed Chair Jerome Powell during a Congressional testimony Tuesday reiterated that inflation pressures should be temporary, which seemed to soothe market jitters.

“With the market hitting new highs this week, investors could be coming to terms with the fact that the Fed will inevitably raise rates,” said Mike Loewengart, managing director of investment strategy at E-Trade.

Data out Thursday showed jobless claims totaled 411,000 for the week ended June 19, higher than an estimate of 380,000 from economists polled by Dow Jones.

“The jobs read is another proof point that the economy is coming back to life, albeit maybe in a slightly bumpier fashion than some anticipated at this stage,” Loewengart said.

Bank shares gained ahead of the Fed’s annual bank stress test results, which are scheduled for release after the bell on Thursday. The test examines how banks fare during various hypothetical economic downturns. Banks were forced to freeze dividends and stop buybacks during the pandemic. These results should give them the green light to eventually raise payouts. Goldman Sachs shares rose 2.1%, while JPMorgan gained nearly 1%.

Become a citizen of Vanuatu and live a life of peace and luxury.  We can help with that.  We are Trade Board Limited and provide expert services.  Contact us on our website at https://tradeboard.biz.