Latest Blogs
Home FINANCE Weekly mortgage applications jump to highest level in over a month, as borrowers worry that lower rates may be over 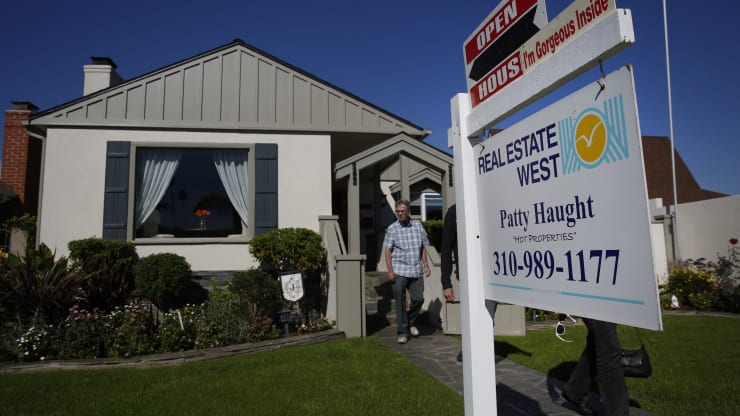 Weekly mortgage applications jump to highest level in over a month, as borrowers worry that lower rates may be over

Mortgage rates are turning higher again, and that was likely behind a major surge in mortgage application volume last week.

This often happens at the start of a rising rate cycle, as borrowers realize rates may have hit bottom and rush to get in before they move even higher.

Refinance demand, which is most sensitive to small rate moves, increased 13% from the previous week and was 188% higher than a year ago, when interest rates were 114 basis points higher.

“Positive data on consumer sentiment, and growing optimism surrounding the U.S. and China trade dispute, were behind last week’s rise in the 30-year fixed mortgage rate,” said Joel Kan, the MBA’s associate vice president of economic and industry forecasting. “With rates still in the 4% range, we continue to expect to see moderate growth in refinance activity in the final weeks of 2020.”

Homebuyers may also have been pushed off the fence by a potential rising rate environment. Mortgage applications to purchase a home rose 5% for the week and were a sharp 15% higher than one year ago. Buyer demand is high right now but is being tempered by a short supply of homes for sale, especially at the entry level.

“Low supply and high home prices remain a key characteristic of this fall’s housing market, which is why the largest growth in activity continues to be in loans with higher loan balances,” added Kan.

Mortgage rates were volatile in October and are now at their highest level in three months and could move steadily higher, given the increase in bond yields. Mortgage rates loosely follow the yield on the 10-year Treasury.

“All of the above could be part of a bigger shift away from the prevailing trend toward lower rates and into a new trend of rising rates,” wrote Matthew Graham, chief operating officer at Mortgage News Daily. “This newer, unfriendlier trend arguably tried to make an appearance in mid-September but was quickly shut down as rates nearly returned to the super-long-term lows seen earlier that month. Notably though, they failed to make it all the way back down to those lows, and that can be an early warning sign of a shift in the bigger picture trend.”

What are the factors that affect  foreign direct investment(FDI)?

3 Benefits To Going With TOP for Press Release Distribution.

3 Reasons To Check Out the TOP Photo Gallery.