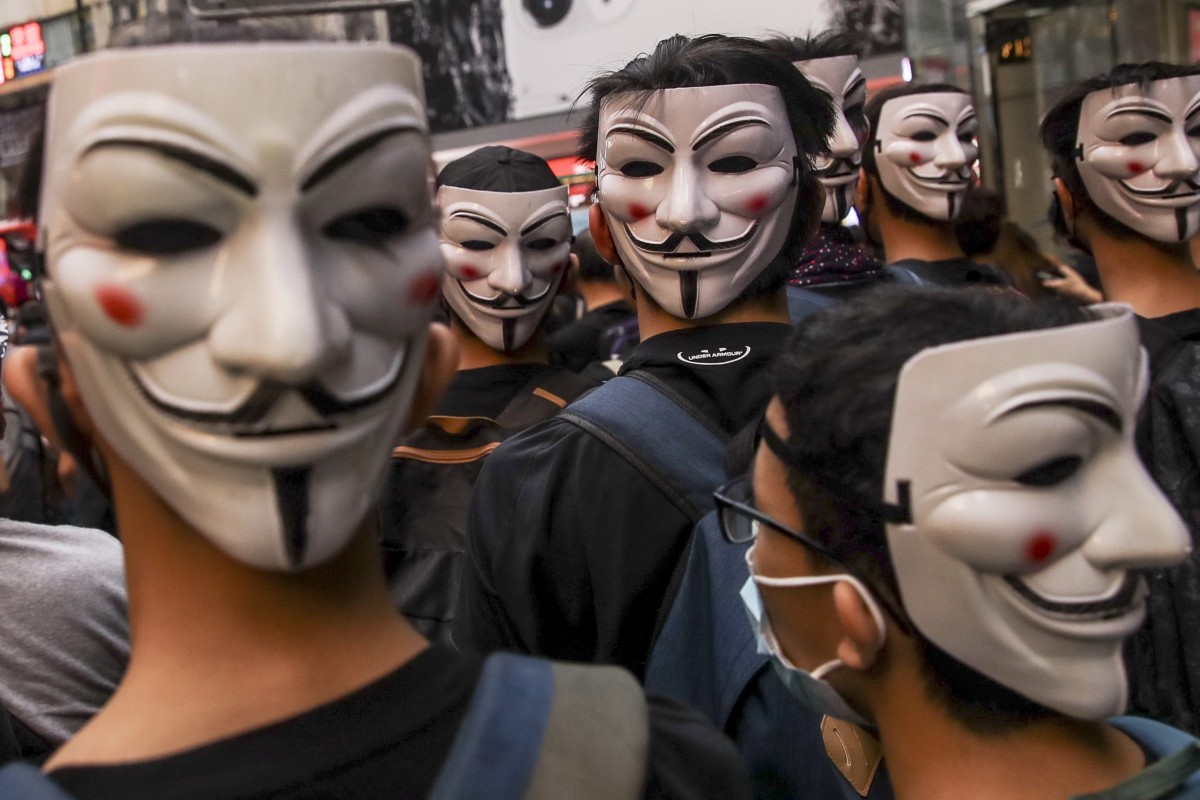 The anti-mask law has thrown the Hong Kong leader’s official programme of talks with the public into doubt, according to political sources, who also revealed that frontline protesters were among those who had attended her closed-door sessions.

Chief Executive Carrie Lam Cheng Yuet-ngor has, however, not given up on meeting groups of Hongkongers as a way of resolving the increasingly violent unrest gripping Hong Kong, although the chances of those sessions continuing are dwindling, the insiders say.

Some of those taking part in the public dialogues, launched last month to much fanfare, suggested they were little more than a talking shop with government decisions in the wake of the first talks only making the crisis worse. 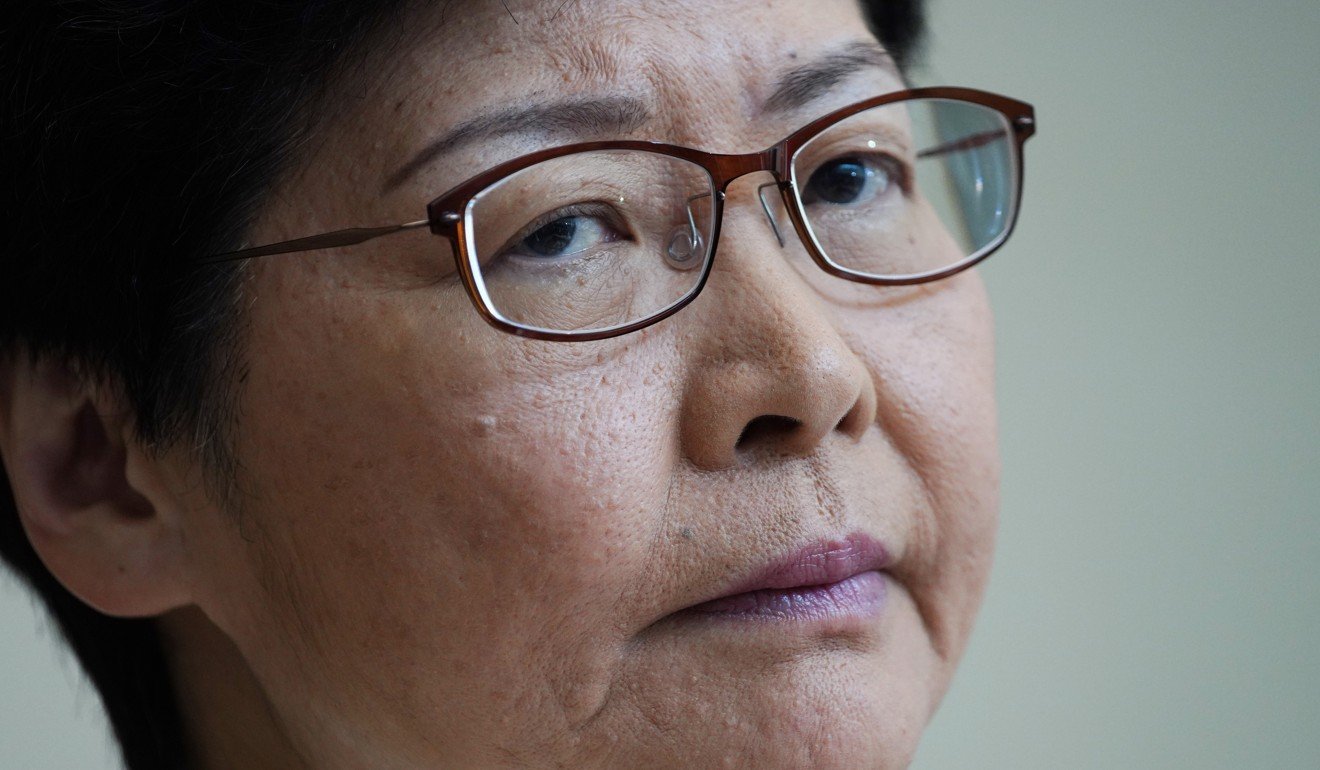 Carrie Lam and her ministers have been holding discussions with members of the public in a bid to find solutions to the political turmoil. Photo: AP

As well as last month’s community dialogue in Wan Chai, the city’s leader and her ministers have been meeting residents behind closed doors to find a way forward, eager to demonstrate empathy even as some of those invited express frustration with the administration.

According to a political source, those at the dialogues have included frontline protesters and individuals who have counselled radicals in the movement.

But coming sessions are believed to have been delayed after the government invoked a colonial-era law to ban the use of face masks at public assemblies.

The introduction of the legislation at midnight on Friday triggered a fresh wave of protests, with people openly defying the ban on the streets and hard-core factions going on a wrecking spree.

The entire MTR network was closed throughout Saturday, the first time that has happened in its 40-year history, with metro stations, shops and businesses with mainland China connections trashed. 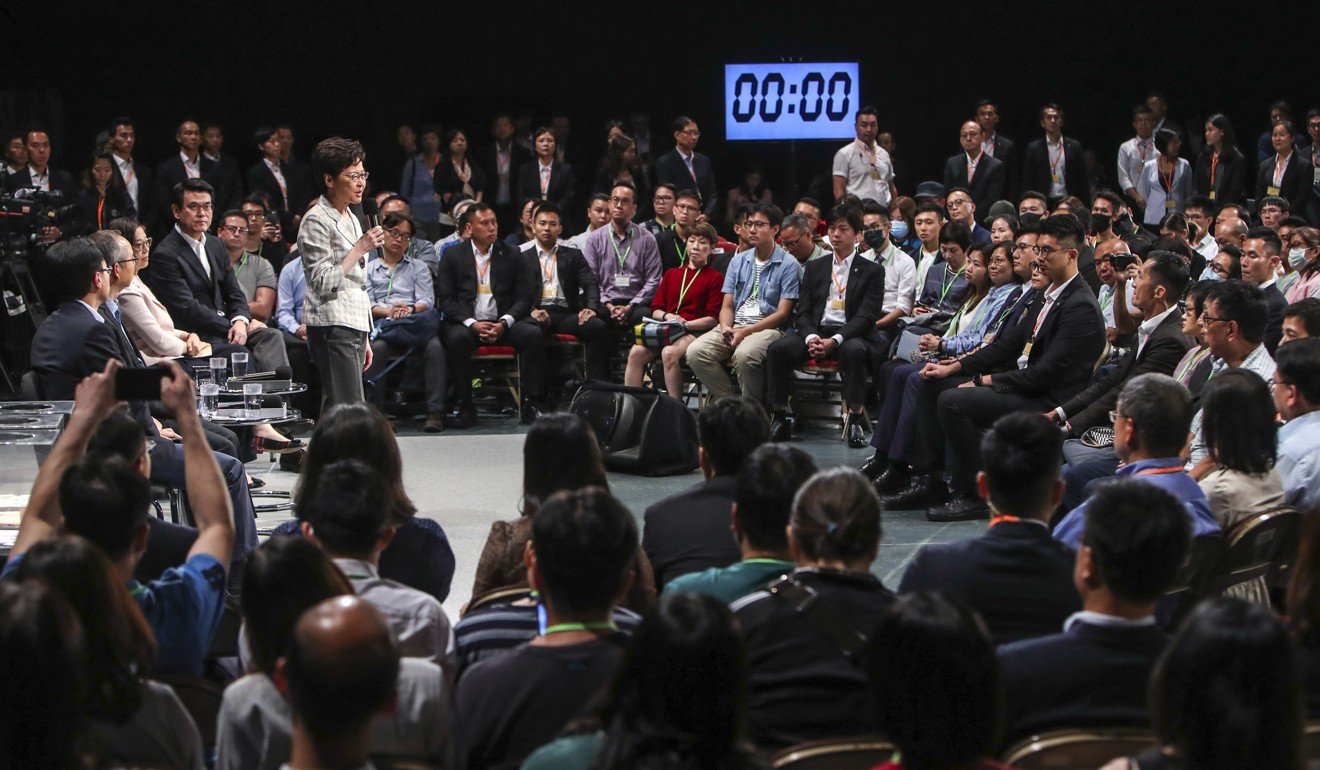 Some academics felt the talks already came too late for the government to convince people it was genuinely listening, and questioned whether those chosen to attend the dialogues were truly representative of Hong Kong society.

Major anti-government rallies, triggered in June by the now-withdrawn extradition billwhich would have allowed criminal suspects to be sent to mainland China and other jurisdictions, have become increasingly violent and disruptive.

So far, the government has given in to just one of the five demands made by the protesters, with Lam announcing the withdrawal of the draft legislation.

She has shown no inclination to agree to other demands: to hold an inquiry to investigate police conduct during demonstrations, restart the city’s stalled political reform process, grant amnesty to those who have been arrested and stop characterising the protests as riots.

Lam attended her first town hall meeting on September 26, when she met more than 130 people for about 2½ hours.

There have also been at least four closed-door sessions with smaller groups before the anti-mask law was introduced.

The legislation, brought in under emergency powers not used in more than half a century, forbids anyone from wearing “facial coverings” that are likely to conceal a person’s identity during demonstrations, regardless of whether the assembly is lawful or not.

Government insiders have conceded the vigorous response to the ban from protesters, including arson attacks at multiple railway stations, has put pressure on the administration’s attempts for dialogue.

No date has been fixed for the next town hall meeting. Officials are considering a change in format to avoid more grievances being aired in public.

Meanwhile, the government still held hopes the closed-door sessions could convince people to distance themselves from violent behaviour.

These dialogues are conducted differently than the consultations between officials, political party representatives and other stakeholders for Lam’s annual policy address, to be held on October 16.

Unlike those meetings, which last an hour or so and can involve just a few or dozens of participants, the sessions discussing the protests run as long as three hours and involve small groups, including people who are not from business or political circles.

A closed-door session at government headquarters on September 19 lasted three hours. According to a source who was there, the 20 participants were divided into four groups who met with Lam or ministers John Lee Ka-chiu, Patrick Nip Tak-kuen and Law Chi-kwong.

Each group was asked to discuss the protests and suggest solutions. To encourage participants to speak up, the source said, officials did not defend themselves or the government and focused instead on clarifying remarks made, and asking questions.

“If someone said the government was slow in handling the crisis, the official followed up by asking at which point they felt the authorities were slow to act, and how the situation might have been addressed,” said the source, who declined to be named.

A government source said the meetings were not about rushing to find solutions, but to first establish a sense of empathy from officials and help them break out of their own “echo chamber”.

“The format represents a change of attitude for civil servants, it is about co-creation and public participation in policymaking,” the source said.

Teddy Tang Chun-keung, chairman of the Hong Kong Association of Heads of Secondary Schools, who attended the first town hall, earlier praised the meeting as an opportunity to break down that echo chamber and listen to people from various backgrounds.

But he has now questioned whether further talks were still useful given what happened after the first ones.

“It seems increasingly ineffective [as a way] to solve the outstanding crisis, or is even no use at all,” Tang said.

“That is because positive actions are required after that, but it seems what the government did afterwards only worsened the situation.”

He urged the government to respond to their main demand if they were to continue to hold these sessions.

“The greatest consensus is an independent inquiry into recent events, it is something that should be done and doable,” he said.

Dr David Lam Tzit-yuen, a Hong Kong Medical Association member who attended the same session, said to have a “genuine dialogue”, the government should invite the most radical protesters to similar sessions.

But Ray Yep Kin-man, a political scientist at City University, felt the government’s efforts had come too late.

“The government has missed the opportunity several times,” he said. “When the protesters’ other demands won’t be considered, it’s really hard to build empathy with most people.”

Baniel Cheung Tin-sau, a business consultant and adjunct associate professor at the University of Hong Kong, said Lam was employing a common business strategy used by companies that spoke directly with customers to troubleshoot or tweak products and services to better meet their needs.

“There’s no boundary or specific framework when listening to customers,” he said.

But he felt the dialogues might not be the most effective way to deal with the complicated issues that have emerged since the protests first began.

Ever since police were first accused of using excessive force, Cheung said, it had become more difficult to address the causes of the protests.

Benefits of Digital Marketing to Your Business.

3 Reasons To Get TOP For Press Release Distribution Help.

How to come up with a successful ad?!.

Looking For The Right Ebooks To Read With TOP.

One Step To Getting Great Online Reviews.

4 Reasons to Go With TOP When Searching For Translation Service Help.