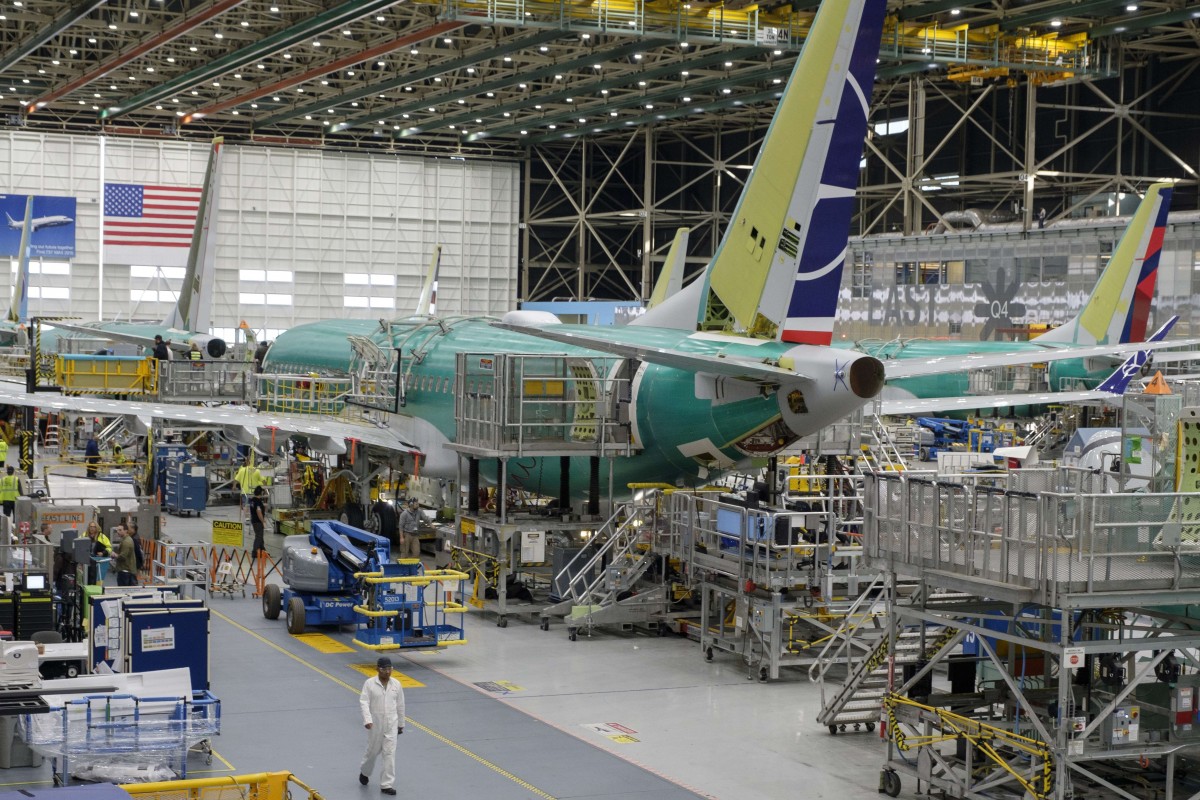 As manufacturing data from China, the United States and Europe weakened to record levels in September, economists argued that a downward trend could be expected to continue until at least the first quarter of 2020.

Manufacturing activities across China, the US and Germany have been contracting continuously in the last few months amid uncertainty caused by the protracted

trade war between Beijing and Washington, with data from September released this week further emphasising the issues faced by the global economy.
China’s manufacturing activity has now contracted for five consecutive months, while readings for both Germany and the US dropped to their lowest levels in a decade.

“I think it’s pretty clear that the global economy will continue to suffer in the last quarter of the year, and possibly into the first quarter of next year,” said Neil Shearing, chief economist at Capital Economics.

The Institute for Supply Management’s (ISM) purchasing managers’ index (PMI) for US manufacturing sank to 47.8 in September, the lowest since June 2009, marking the second straight month of contraction.

PMI is a gauge of sentiment among supply chain managers, with a reading below 50 indicating a sign of contraction. In the survey, manufacturers are asked to provide a view on business activities such as export orders, purchasing, production and logistics.

A similar survey conducted by IHS/Markit showed American manufacturing PMI rebounded from 50.3 in August to to 51.1, showing a marginally optimistic expansion of the industry in September.

“Although [the ISM/IHS Markit readings] are sending opposite signals about activity, the downturn in each continues to confirm our view that trade-related uncertainty has been a major drag on the sector,” said a research note from Bank of America economists Stephen Juneau and Michelle Myer.

In China, September’s PMI improved to 49.8 from 49.5 in August, according to official data from the National Bureau of Statistics, although it remained in negative territory.

According to Shearing from Capital Economics, the slight uptick in September’s PMI in China was “an outlier” while the rest of the world’s figures dropped, with the most concerning weak readings within China’s construction sector.

Europe is also feeling the effects of the US-China trade war, with Germany’s manufacturing sector recording its worst performance since the global financial crisis.

Germany’s PMI sat at 41.7 in September, down from 43.5 in August, according to data released by IHS Markit/BME on Tuesday, with factory managers particularly showing an increased willingness to reduce workforce numbers.

“A continuous global slowdown can be anticipated as Brexit woes and trade tensions heighten in Europe, but none of this comes as a shock,” said Max Zenglein, head of economic research at the Mercator Institute for China Studies in Berlin. “There is an exception this time around compared to 2008 and 2009, this global slowdown is going to be paired with a more pronounced slowdown in China.”

“I’m expecting we are just in the beginning of a full on global downturn, manufacturing hasn’t reached rock bottom yet.”

Aside from diminishing global manufacturing activity, the World Trade Organisation (WTO) this week also slashed its global trade growth forecast for the end of the year to 1.2 per cent, more than half of its projection of 2.6 per cent earlier in April.

“The darkening outlook for trade is discouraging, but not unexpected,” said WTO director general Roberto Azevedo on Tuesday.

“Beyond their direct effects, trade conflicts heighten uncertainty, which is leading some businesses to delay the productivity-enhancing investments that are essential to raising living standards.”

EVERYTHING BUSINESSES NEED TO KNOW ABOUT FOREIGN DIRECT INVESTMENTS.

Benefits of Foreign direct investment to the recipient country.

Get Expert Help With Press Release Services Through TOP.

4 Reasons All Freelancers Should Be Working With TOP.

The Use of Demographics and Psychographics in Digital Marketing.

Looking for New Ebooks To Read With TOP.

5 Reasons To Get Online Reviews Done With TOP.

2 Ways To Get More Results With Your Ads.

2 Good Reasons To Consider Getting Translation Help From TOP.