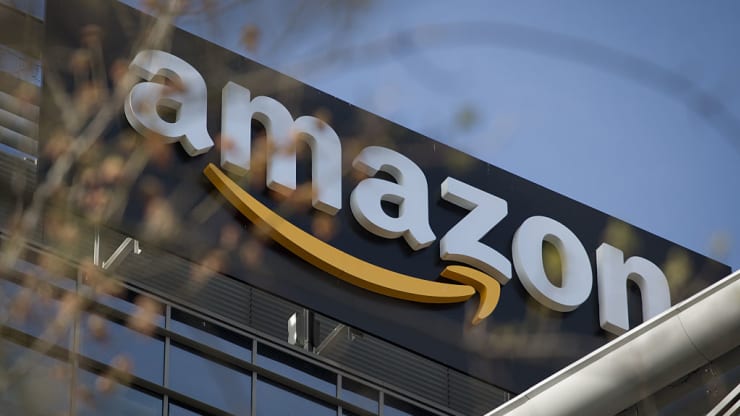 Amazon has signed more than a dozen leases in the Los Angeles area as part of its plan to open a chain of grocery stores, the Wall Street Journal reported Tuesday.

The first few stores, which could open as early as the end of the year, will likely be located in Woodland Hills and Studio City, California, the Journal said, citing people familiar with the matter. It also said the company expects to open a store in the Orange County city of Irvine.

Amazon is seeking about 35,000 square feet of space for the stores, which is smaller than the typical grocery store of about 60,000 square feet, according to reports of the news from March. The chain will be separate from its Whole Foods brand, though it’s unclear whether they will be branded as Amazon markets. Other grocery stores are also said to be slated in San Francisco, Seattle, Chicago, Washington, D.C., and Philadelphia, according to the report.

The grocery stores are a part of the e-commerce giant’s attempt to capture consumers by increasing its brick-and-mortar presence. In recent years, the company has also launched Amazon Go, a store where customers can shop ready-to-eat foods or groceries with cashier-less technology. It has also rolled out physical Amazon Books stores and Amazon 4-star stores.

Contractors hired by Amazon were recently granted permits to change the exterior of a Woodland Hills property, start electrical work on light fixtures and fire sprinklers, and install an espresso machine and kitchen equipment, the Journal reported.

An Amazon spokesperson said the company does not comment on rumors or speculation.

Shares of the company were fractionally higher before the market opened Tuesday. Amazon has a market value of $858.7 billion.

How Does Online Banner Advertising Work?. To know more >> Theinternationalcampaigner.com

How to Design an Online Banner for Advertising.

Online Reputation Repair: How Does It Work?

Ways For Social Media Influencers To Make Some Money.

Authors Can Make Money Online By Opting To Sell Ebooks With TOP.

2 Great Reasons To Go With TOP For Content Creation.

3 Benefits You Reap By Doing Translation Services For TOP.

3 Steps To Getting Great Online Reviews.