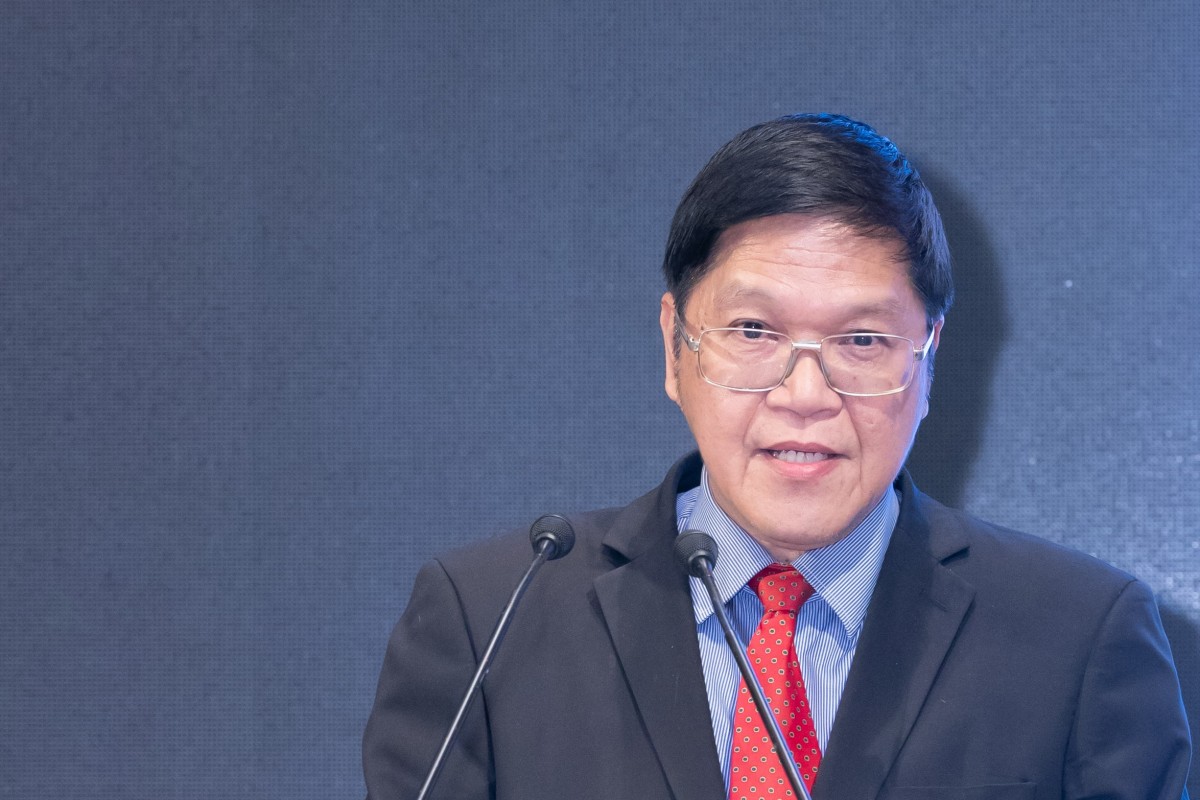 US-China trade war will continue as costs to both sides are minimal, says Singapore economist

Posted By: Editorial Teamon: September 20, 2019In: PEOPLE, POLITICAL, TRADINGNo Comments
Print Email
The US-China trade war will not end any time soon, because the cost to both sides is minimal and is roiling other economies more than anything else, a leading economist from Singapore’s Nanyang Technological University said on Thursday.

Professor Tan Kong Yam, who is also the co-director of the Asia Competitiveness Institute research centre at the Lee Kuan Yew School of Public Policy, showed data on how badly manufacturers across

Europe ,South Korea and Japan had suffered from tit-for-tat tariffs that Washington and Beijing had thrown at each other in the past year.

Tan said he expected the worst impact to be felt in 2021, with global growth dipping by 0.5 per cent.

China’s GDP would contract by 0.8 per cent, while for the United States, it would be less than 0.6 per cent. Southeast Asian economies would be minimally affected, he said, though if China’s GDP decreased by 1 per cent, trade-dependent Singapore would see a corresponding 1.25 per cent dip.

“This whole thing could drag on, because there’s not much of a cost to either [Washington or Beijing],” said Tan, a former World Bank senior economist who worked with China’s State Council on its 11th Five Year Plan from 2002 to 2005.

He added US President Donald Trump also would not have any incentive to compromise on tariffs as long as it remained in his interest to prolong tensions, given that China’s growing influence and economic might had sparked wariness among Trump’s main voting blocks.

US and Chinese officials are due to resume their negotiations to arrive at a deal on tariffs in Washington next month, while speculation is rife that Washington could agree to postpone tariffs due to take effect on October 15 and December 15, with China agreeing to mass purchases of US farm products in return.

Tan made these comments at a talk organised by the Malaysian Chamber of Commerce in Hong Kong titled “The ‘China Dream’ meets the ‘Make America Great Again’”. He said he believed there would be no stopping China’s growth ambitions and neither would it blink first in this economic confrontation.

The US could have had the chance to constrain China’s growth by barring it from admission to the World Trade Organisation (WTO), he said, but the US foreign policy energies were focused on combating terrorism in the aftermath of the September 11 attack in New York. China was admitted to the WTO in December 2001, allowing it to define itself as a developing nation and thereby receive some of the preferential trade treatment that the Trump administration has been trying to remove.
US using trade war to stop China overtaking it: ex-Singapore diplomat

“The Chinese dream is to revive a notion of past greatness over the next 1500 years,” said Tan, comparing the longevity of China with the 243-year-old United States. “The last 200 years were just a bad patch.”

He pointed to how China had in the last two decades consolidated a path to growth through strong consumer spending. For instance, while it had lowered imports from the US, it had kept tariffs on imports from elsewhere the same or lowered them, thus making Chinese consumers and businesses less dependent on goods from the US. 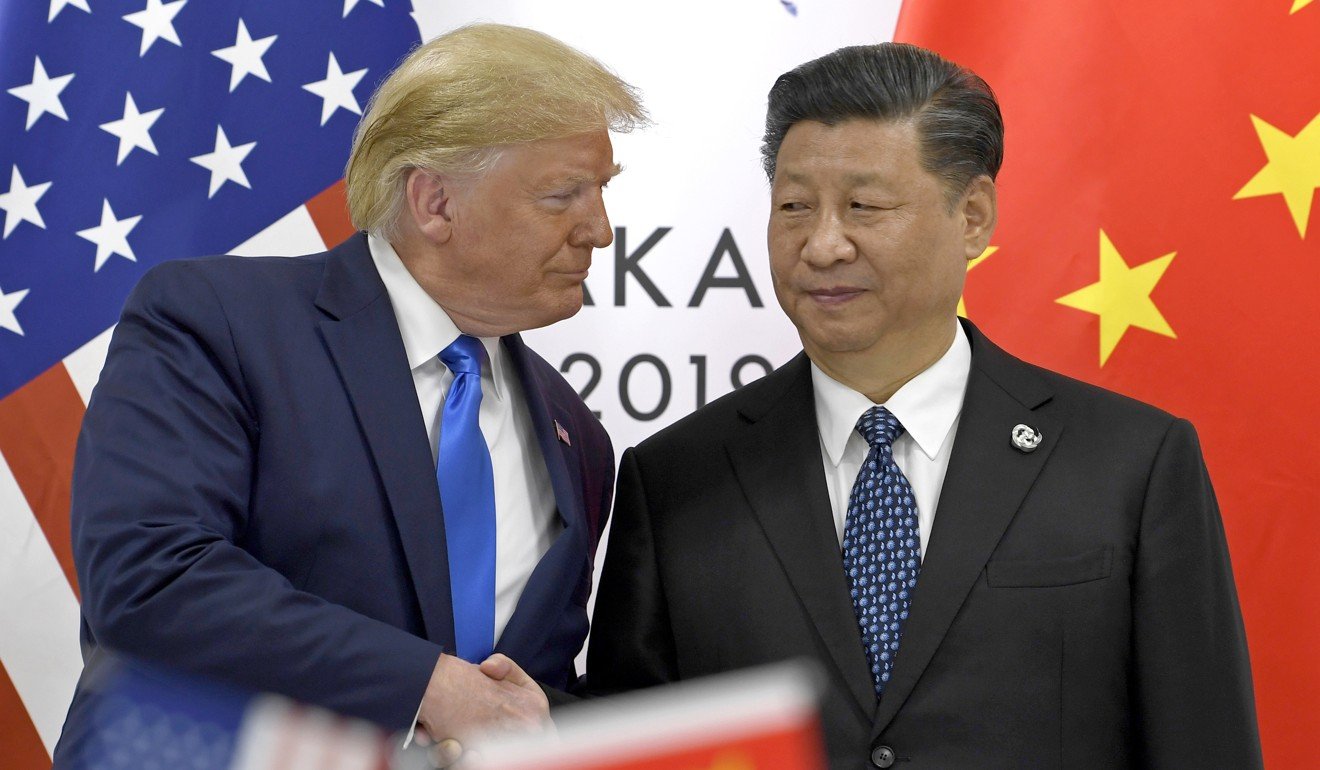 “President Xi Jinping doesn’t need to surrender. The strength of domestic spending power in stabilising the economy has emboldened Xi to take a tougher bargaining position,” he told the audience of 200 professionals and diplomats in Hong Kong.

Tan said besides domestic demand, China had another critical weapon to power growth in the medium to long-run: the innovation potential of its hi-tech companies.

He pointed to data showing that the US still had the largest share of unicorns – tech start-ups valued over US$1 billion – in the world but this dominance was decreasing while China was catching up. Also, when it came to patent applications last year, Chinese telco giant Huawei was in first place with the most number of applications filed, with Mitsubishi Electric in Japan in second place, and Intel and Qualcomm from the US coming in at third and fourth place. Chinese telecommunications equipment maker ZTE was fifth.

With artificial intelligence, 5 Gand robotics being drivers of future growth, China’s strength in this area vis-à-vis the US would determine who would be the winner, he warned.
Lack of US-China trust ‘will hurt global economy even with trade deal’

While Japan, South Korea and Taiwan’s technology industries could be shunned by Beijing given their deep alliances with the US, the

region could benefit as it was a recipient of investments from all sides.

“Asean was like a lady left on the dance floor” in the earlier part of this century, said Tan.

“Now that China has asked Asean to dance, everyone wants to ask Asean to dance. Asean is in a good position, provided she can maintain her balance.”

The Right Spot For Social Media Influencers To Make Money

How TOP Helps With Finding Clients For Making Money Online With Social Media.

3 Reasons Why Your Photography Needs To Be With TOP.

Where To Find Some New Ebooks To Read.

4 Benefits For Online Advertisers Who Join With TOP

How Advertisers Can Get More Out Of A Site With TOP.

Shares of Nintendo tumble after it announces a delay in a closely watched video game.

The French patients ‘cured’ with wine.