Latest Blogs
Home PEOPLE Trump on trade war: China wants to negotiate and we will be ‘getting back to the table’ 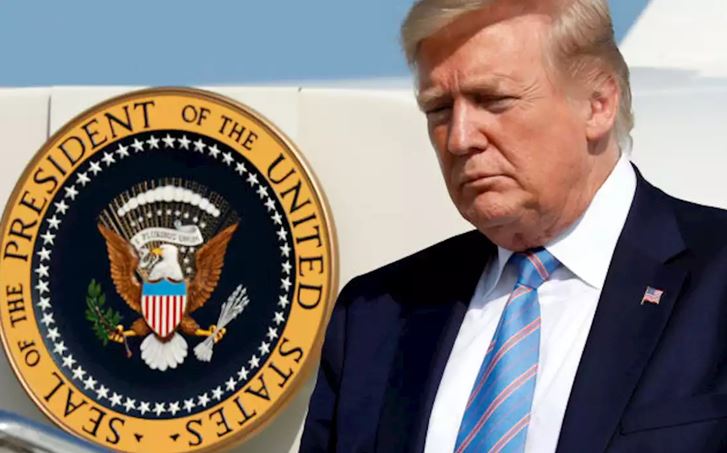 Trump on trade war: China wants to negotiate and we will be ‘getting back to the table’

SAINT-JEAN-DE-LUZ, France — President Donald Trump said Monday that China is ready to come back to the negotiating table and the two countries will start talking very seriously.

Speaking at the G-7 summit in Biarritz in France, Trump praised Chinese President Xi Jinping and welcomed his desire for a deal.

“China called last night our top trade people and said ‘let’s get back to the table’ so we will be getting back to the table and I think they want to do something. They have been hurt very badly but they understand this is the right thing to do and I have great respect for it. This is a very positive development for the world,” Trump said.

“I think we are going to have a deal,” he added. “They have supply chains that are unbelievably intricate and people are all leaving and they are going to other countries, including the United States by the way, we are going to get a lot of them too.”

He repeated those sentiments in a news conference later in the day with French President Emmanuel Macron, saying, “I believe they wan to do a deal,” later adding, “I’m not sure they have a choice.”

Stocks rose after the Trump-Macron appearance, pushing the Dow up more than 200 points by around 11:20 a.m. ET.

Meanwhile in Beijing, Foreign Ministry spokesman Geng Shuang said he was not aware that a phone call between the two sides had taken place.

When pressed on the details of the call, Trump said he didn’t want to elaborate and reiterated that the U.S. had multiple calls at the highest levels with the Chinese.

“Our economy is phenomenal, best it has ever been and that’s despite the trade deals. When we get these deals done our country will be transformed, it will be monetarily transformed. It is such a difference from the horrible, horrible one-sided deals that we had in the past. And frankly, past administrations should be ashamed of themselves for allowing that,” Trump said.

On Sunday, Trump said the U.S. and China were getting along very well and were talking.

“Actually we are getting along very well with China right now, we are talking. I think they want to make a deal much more than I do. I’m getting a lot of money in tariffs its coming in by the billions. We’ve never gotten 10 cents from China, so we will see what happens,” Trump said on Sunday.

At the G-7, Trump said Sunday he could declare the escalating U.S.-China trade war as a national emergency if he wanted to. “In many ways this is an emergency,” Trump said of the ongoing trade battle.

“I could declare a national emergency, I think when they steal and take out and intellectual property theft anywhere from $300 billion to $500 billion a year and when we have a total lost of almost a trillion dollars a year for many years,” Trump said, adding that he had no plan right now to call for a national emergency.

U.S. Treasury Secretary Steven Mnuchin doubled down on the White House’s latest punch in the trade war by calling out Beijing for unfair trade practices. “We do not have free trade with them,” Mnuchin said Sunday on the sidelines of the G-7 meeting in France.

“It’s a one way street: They have free entrance into our markets, our investments, our companies and we do not have the same thing there. That’s the only reason why we are in this situation with China. If China would agree to a fair and balanced relationship, we would sign that deal in a second,” he added.

5 Great Services You Can Find With TOP Platform.

Where To Go To Buy From An Online Photos Gallery.

TOP Gives Writers A Way To Earn More By Selling In The Ebooks Library.

3 Ways To Get Ahead Of Reputation Repair With TOP.

No Better Option For Online Reviews Than TOP.

2 Ways TOP Helps You Earn For Reviews You Write.

The Best Way To Monetize Your Website And Start Making Money.

Ex-Cisco CEO says Facebook needs to ‘get ahead of regulators,’ faces a multiyear challenge.