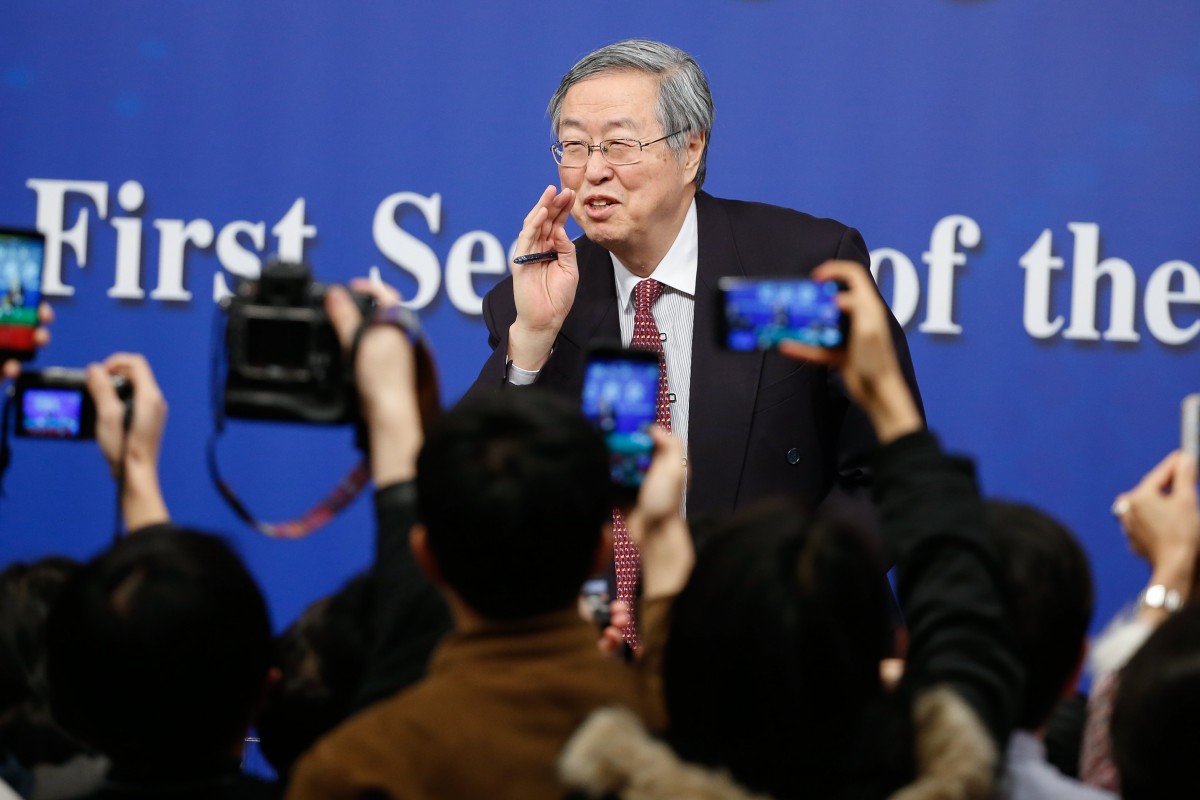 China could learn a lesson for its possible digital currency issuance from the Hong Kong monetary system that allows “commercial entities” to issue banknotes backed by their own private currency assets, former central bank governor Zhou Xiaochuan said.
Zhou, who served as the governor of the People’s Bank of China (PBOC) for over 15 years until 2018, revealed new thinking about Beijing’s own digital currency plans as the government scrambles to respond to Facebook’s proposed new Libra digital currency.
Zhou, who remains a key backer of China’s sovereign digital currency scheme, suggested that Beijing policymakers could learn from both Facebook and Hong Kong’s models.

“Notes can be issued by the central bank or commercial entities,” read the transcript of Zhou’s speech at a symposium organised by the State Administration of Foreign Exchange in Beijing this week.

Three Hong Kong banks – Bank of China (Hong Kong), HSBC and Standard Chartered – issue banknotes in their own names and hold US dollar currency reserves to back them. The Hong Kong Monetary Authority, the de facto central bank, ensures that the Hong Kong dollar is always worth around 7.8 to the US dollar. By following this currency peg model, China can avoid the “huge fluctuations” that plagued the early days of cryptocurrency development, Zhou said.

He did not elaborate on what kind of “commercial entities” might be appropriate to issue a digital currency in China.

Chen Dafei, a senior analyst at Orient Securities, said he had noticed Zhou’s reference to commercial entities, which he thought implied that technology firms such as Alibaba and Tencent might be allowed to participate in the issuance of an official digital currency, though in exactly what way was not clear.

Alibaba and Tencent already have well established digital payment networks with large number of users throughout China, namely Alipay and WeChat Pay. Alibaba is the owner of the South China Morning Post.

However, Wei-Tek Tsai, chief scientist at Chinese blockchain firm Tiande Technologies, was not as convinced about the involvement of the technology firms, arguing that the issuance of digital currencies are still limited to commercial banks and central banks.
In his speech, Zhou suggested that the founders of early digital currencies were interested in a quick profit rather than establishing a viable means for financial transactions.
“One problem [in the early development] was that people had been too eager to make quick money to turn cryptocurrencies into items for speculation instead of a means of trade,” Zhou said.
According to Zhou, China should learn from Facebook’s white paper released in June, which states that Libra will be linked to a basket of major currencies and governed by a Swiss-based non-profit consortium, composed of more than two dozen companies including Visa, Mastercard, PayPal, eBay and Uber.
In the early days of digital currencies, the PBOC did not outlaw assets such as bitcoin, but rampant speculation and wild price swings led China to implement a blanket ban on trading and new initial offerings of digital currencies. China’s central bank has, however, been studying a “sovereign” digital currency of its own and created a dedicated institute to explore the matter, although progress has been slow.

The potential for Facebook’s Libra to become a globally used currency sparked heated debate in China over how Beijing should respond, and Zhou’s speech has been one of the most comprehensive public statements on the matter.
Zhou, who a decade ago envisioned a global currency based upon the International Monetary Fund’s Special Drawing Rights, said Libra showed there could be a new “strong international currency”, which could be exchangeable with existing government-backed currencies and be global in nature
Such a currency, in turn, would challenge cross-border payments and weaken the role of sovereign currencies that do not have a stable value – in a way the US dollar has become a widely accepted means of payment in Zimbabwe, Turkey and countries in Central Asia, Zhou said.
“Libra has introduced a concept that will impact the traditional cross-border business and payment system,” he added.

Although the risks are still remote for China, Zhou said Beijing must “make good preparations and make the Chinese yuan a strong er currency”.
Since Libra is pitched at cross-border payments, it could help developing countries improve their payment structures, Zhou said.
Wang Xin, the central bank’s research chief, said this week that the State Council has approved a collaboration with market institutions on researching the creation of a central bank digital currency.
However, one of Beijing’s primary concerns with Libra is that it could further ingrain the US dollar hegemony.
“If the digital currency is closely associated with the US dollar, it could create a scenario under which sovereign currencies would coexist with US dollar-centric digital currencies,” Wang said.

“Writing is the only way I have to explain my own life to myself.” ― Pat Conroy – Subscribe with THE ONLINE PUBLISHERS to offer your services as a writer.

Finding Someone To Handle Press Release.

3 Reasons You Find The Best Freelance Jobs With TOP Platform.

Where To Find Some New Ebooks To Read.

2 Steps to Starting To Make Money By Doing Reviews.

5 Reasons To Go With TOP for All Online Reputation Repair.

4 Benefits To Partnering With TOP Platform For Translation Services Work.

3 Simple Benefits for Advertisers to Registering with TOP.

The rise of superbugs: Facing the antibiotic resistance crisis.

5 Tips to Keep Your Nails Strong.