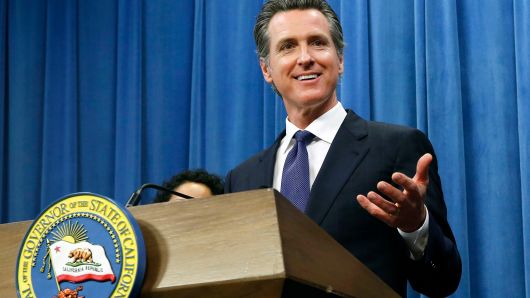 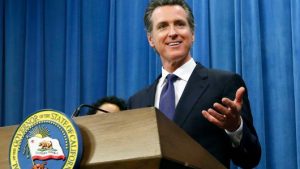 LOS ANGELES — California Gov. Gavin Newsom, in his revised state budget released Thursday, proposed a record-$213.5 billion spending plan for the next fiscal year — a 2% increase over his January budget.

The budget includes money to fund health care for undocumented immigrants, as well as $1.75 billion to help boost housing production statewide and $1 billion to fight homelessness. The proposal also includes an additional $1.2 billion deposit into the state’s so-called rainy day fund, bringing the reserve to $16.5 billion in fiscal 2019-20.

However, the Democratic governor said the state must still prepare for an inevitable recession. He estimated the next downturn could result in a $70 billion, three-year hit in revenues.

“What we all need to remind folks of, that we’re modeling in the future prospects of a recession — a recession that’s more modest than 2007, but a little bit more intense than the 2001 recession,” Newsom told reporters.

He added that the current economic expansion is 10 years old and “we’re feeling anxiety.”

Specifically, Newsom said the financial markets this week have led to some concern about the outlook.

“We are being thoughtful about that, and judicious in terms of our budgeting and our planning strategies,” the governor said. “The headwinds are real.”

Back in January, Newsom unveiled his first state budget as governor and expressed similar concern about the economic outlook. His predecessor, Gov. Jerry Brown, took office in 2011 when the Golden State was still recovering from a recession and faced a deficit of about $27 billion.

Newsom said the revised budget sets aside $15 billion for “building budgetary resiliency” as well as to pay down the state’s unfunded liabilities, or $1.4 billion higher than was proposed in January. It includes $4.5 billion to eliminate budgetary debts and $4.8 billion to pay down unfunded retirement liabilities.

Meantime, the budget for the fiscal year starting in July also retains funding proposed in January to expand the state’s Medi-Cal coverage program for 19- to 25-year-olds, regardless of immigration status. The governor’s January plan estimated the cost of expanding health care to cover undocumented immigrants would run about $260 million.

Also, Newsom’s budget plan continues the $1.75 billion investment he announced in January to increase housing production, but the revision refocuses $500 million on programs “to remove barriers to building mixed-income housing,” the governor’s office said in a release.

The governor is also seeking to double the spending on the homeless crisis.

According to Newsom’s revised budget, the state plans to spend $1 billion on programs for the homeless — up from $500 million in the January plan. He said $650 million of the funding would go to local governments for homelessness emergency aid.

While California makes up about 12% of the total U.S. population, the state has about one-quarter of the country’s homeless people. The lack of affordable housing in the state has been blamed for contributing to the crisis.

How to come up with a successful ad?!.

Benefits of Digital Marketing to Your Business.

4 Reasons All Photographers Need To Sign Up With TOP.

3 Reasons Top Is A Leader For Ebooks To Read.

3 Reasons To Advertise With TOP as Soon As Possible.

2 Main Reasons To Think About Going With TOP Translation Platform

2 Reasons that TOP is Supreme for Content Creation Services.

3 Ways to Get Great Online Reviews.

3 Simple Benefits for Advertisers to Registering with TOP.

The Importance Of Finding Great Photos For Any Website

Work on cell response to oxygen gets medicine Nobel.

How to trend on social media.

The Rohingya’s Right of No Return.