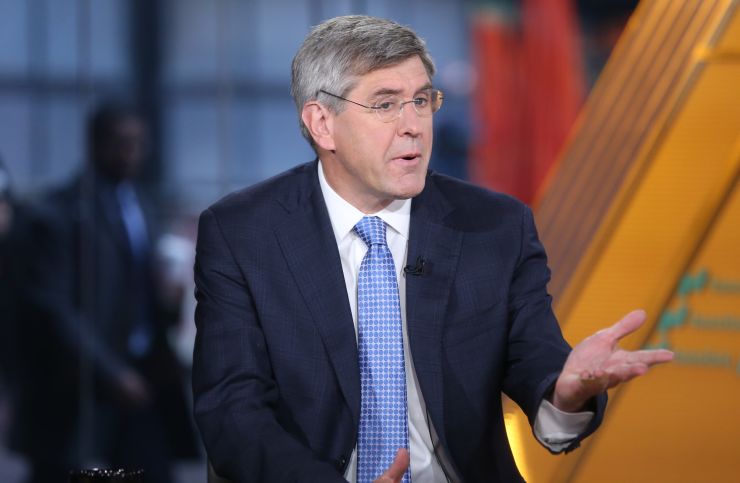 The drop in earnings for men is the biggest challenge facing the economy, according to Stephen Moore, the man President Donald Trump has said he wants to nominate to the Federal Reserve board.

Speaking Tuesday with CNBC’s “Squawk Box, ” Moore faced questions about past writings, some of which have been classified as sexist by his detractors. Anchor Becky Quick asked him specifically about a piece he wrote for National Review in which he worried about a society where women earned more than men.

“The biggest problem I see in the economy over the last 25 years is what has happened to male earnings, for black males and white males as well,” Moore said. “They’ve been declining. That is, I think, a big problem.”

“I want everybody’s wages to rise, of course. People are talking about women’s earnings. They’ve risen,” he added.

Since 2010, real median weekly earnings for men have risen about 2.1 percent, according to the Bureau of Labor Statistics. Women’s real earnings have gone up 3.9 percent during the period.

“The problem actually has been the steady decline in male earnings, and I think we should pay attention to that, because I think that has very negative consequences for the economy and for society,” he said.

Moore has not yet been officially nominated for Fed governor, a post that carries a 14-year term. White House officials have said they are continuing to vet his background, and it’s not clear whether he has the requisite votes in the Senate to be confirmed.

White House economic advisor Larry Kudlow has said Trump decided to pursue the possible nomination after Moore wrote a Wall Street Journal op-ed criticizing the Fed for raising its benchmark interest rate in December, the fourth increase in 2018. Trump has blasted the Fed for continuing to tighten policy and has said economic growth, which has hovered around 3 percent, would be even stronger without the increases.

If he gets confirmed, Moore said he would take a cooperative approach in helping the Fed guide the economy.

“I want to make Chairman [Jerome] Powell the most successful Fed chairman in history, where we go get 4 percent growth with zero inflation. I really think we can get there,” he said.

However, to get to that place, Moore will have to overcome intensifying criticism over his past writings, which have included assertions that women shouldn’t be around men sports.

“Is there no area in life where men can take a vacation from women?” he wrote in one piece.

Speaking to CNBC, he said he hopes he’s judged on the economic advice has has provided for Kudlow and Trump, which he said has led to the best economy in 20 years.

“If it comes down to things I wrote 18 years ago that were impolitic, that I’ve apologized for, that were, you know, insulting, then I’m in trouble,” he said. “If it comes to economic ideas, then I’ll be fine.”