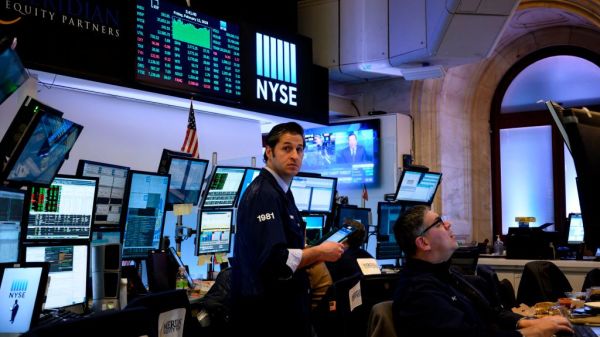 Tesla — Tesla plans to unveil its Model Y SUV on March 14. CEO Elon Musk tweeted that the vehicle will cost about 10 percent more than the Model 3 and have slightly less range. Separately, Tesla paid off a $920 million convertible bond in cash late Friday. The settlement was in cash because Friday’s close of $294.79 was below the conversion price of $359.87.

Amazon.com — Evercore raised its price target on Amazon to $1,965 per share from $1,800. The firm said gross profit growth is now the best metric upon which to judge Amazon, noting that a shifting business mix means that gross profit is likely to grow four percentage points faster than revenue over the next three years.

Eli Lilly — The drugmaker introduced a new generic version of its Humalog insulin which will cost 50 percent less than the brand-name version.

AT&T — AT&T is planning a revamp of CNN’s digital operation, according to people familiar with the situation who spoke to The Wall Street Journal. John Stankey, head of AT&T’s WarnerMedia unit, feels the unit is not reaching its potential.

CVS Health — CVS could benefit from changes in the way the government pays for kidney disease treatment. Reuters reports that the proposed changes would favor lower cost home treatment, an area where CVS has been making a significant push, and that the change could present a risk to dialysis clinic operators DaVita and Fresenius Medical Care.

Children’s Place — The children’s clothing retailer earned an adjusted $1.10 per share for the fourth quarter, well below the $2.10 consensus estimate. Revenue also missed forecasts, and the company’s full-year earnings outlook is also significantly below Street forecasts. Children’s Place said its results have been impacted by the bankruptcy and liquidation of rival Gymboree. In a related story, Children’s Place bought the rights to the Gymboree brand name in a court auction, while Gap bought Gymboree’s Janie and Jack chain in the same auction.

Biogen — Biogen announced the purchase of London-based gene therapy company Nightstar Therapeutics for $25.50 per share, 68 percent above Nightstar’s Friday close of $15.16 per share.

Kraft Heinz — The food producer’s stock was upgraded to “equal-weight” from “underweight” at Morgan Stanley, which notes that prior concerns like a dividend cut and an earnings shortfall have now been priced into the stock after its recent plunge.

Bed Bath & Beyond — Barclays downgraded the housewares retailer’s stock to “underweight” from “equal weight”, saying it is increasingly disappointed with the results of the company’s efforts to implement a broad restructuring.

Dillard’s — JPMorgan Chase downgraded the retailer’s stock to “underweight” from “neutral,” following a 25 percent year-to-date rise. The downgrade also comes amid rising inventory levels, with the report pointing to past negative effects from inventory buildups.

Lenny Kravitz: ‘I wore a red suede tunic suit – I knew I was taking a risk’. To more salonhanan.com