Latest Blogs
Home MARKETING Morgan Stanley: Buy Apple now before earnings next week because the bad news is already in the stock 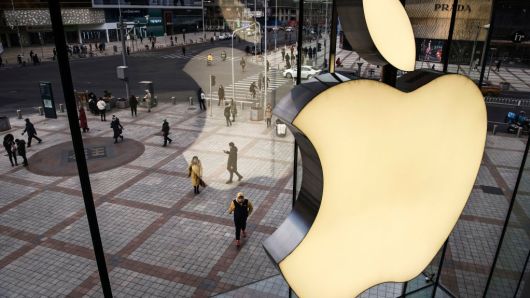 Morgan Stanley: Buy Apple now before earnings next week because the bad news is already in the stock

The bar is set low for Apple’s earnings next Tuesday so Morgan Stanley says it’s a good time to buy the stock.

“We believe the recent pullback is an attractive entry point given upcoming services launches and shares already pricing in extremely cautious iPhone replacement cycle and average selling price headwinds,” the bank’s analyst Katy Huberty said in a note on Friday.

Apple’s stock has plummeted more than 30 percent over the past three months. Shares of the iPhone maker took a huge hit when it slashed revenue guidance by 8 percent on Jan. 2, blaming the slowdown on weaker sales in China. The stock tanked 15 percent on that day. 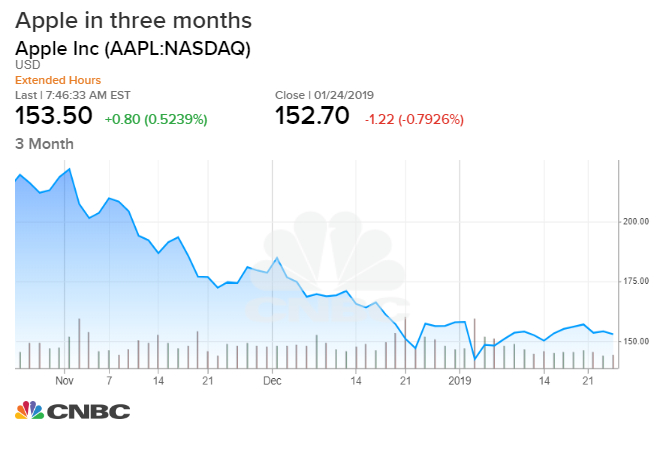 Morgan Stanley said the Wall Street and buyside investors have already lowered their expectations for Apple’s December numbers following the guidance, so next week’s numbers will unlikely tank the stock further. All eyes will be on any forecast for the current quarter.

“March quarter guidance will provide a base for forecasts during the remainder of the year… Apple likely needs to deliver a better than feared revenue outlook for shares to recover further in the very near-term,” Huberty said.

The bank rates Apple overweight and its 12-month price target of $211 will represent a 38 percent gain for the stock. Shares of Apple rose 0.6 percent to 153.61 in pre-market trading on Friday.

Morgan Stanley predicted Apple will have a gross margin of 38.4 percent and EPS of $2.65 in the first quarter of 2019.

“Based on investor conversations, we believe the stock could trade up on revenue and gross margin guidance range of $58 billion and 38 percent at the mid-point, respectively, while guidance meaningfully below these levels would fuel the bear case,” Huberty added.