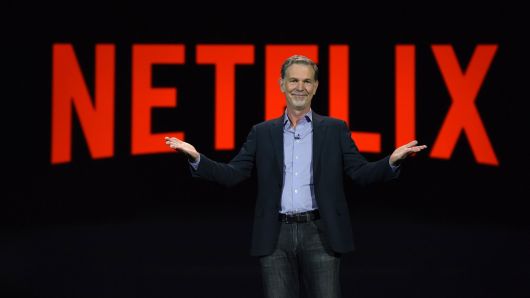 Goldman says Netflix is one of its favorite trades for 2019, sees nearly 50% comeback

After a sell-off cuts its value by a third, Netflix represents one of the most compelling investments available in the internet space, according to Goldman Sachs.

The brokerage reiterated its buy rating on Netflix shares as well as its $400, 12-month price target, representing nearly 50 percent upside from the stock’s close on Jan. 3. Goldman also added the internet video platform to its so-called “Conviction List,” a hand-picked collection of stocks its analysts believe are more likely than others to deliver meaningful upside.

“With Netflix shares down 36 percent since record highs in July, and the S&P 500 down 10 percent over the same period, we believe Netflix represents one of the best risk/reward propositions in the Internet sector,” analyst Heath Terry wrote Friday. “We continue to believe Netflix’s investment in content, technology and distribution will continue to drive subscriber growth well above consensus expectations both in the U.S. and internationally.”

While Terry acknowledged that the company’s rampant cash burn will likely force it to return to the high yield debt market over the next three years, he also said there is a future in which Netflix doubles its annual content investment and generates positive cash returns by 2022.

The analyst also said that Netflix still has “significant” room to grow in U.S. and European markets despite relatively high levels of use in those regions.Terry cited data that incremental North American app downloads reached an all-time record monthly high in December despite more than 50 percent penetration of broadband households in the U.S.

“We believe the fourth quarter will only be the beginning of the payoff from Netflix’s accelerating spend and increasingly robust Originals slate, and that consensus continues to significantly underestimate the financial impacts of these dynamics,” he added.