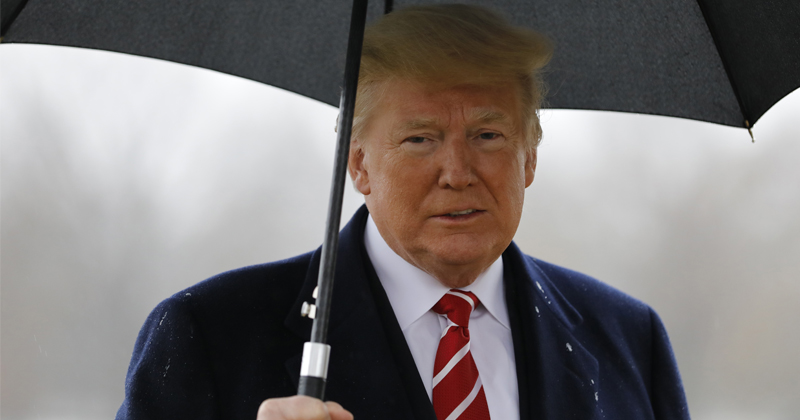 A potential Trump impeachment is a ‘huge risk’ for 2019, expert says

Investors and businesses may have overlooked one big risk that could come out of Washington next year: The possible impeachment of U.S. President Donald Trump.

Markets are bracing for a more difficult 2019, with risks such as interest rate hikes from the Federal Reserve and an escalation in U.S.-China trade tensions at the top of many people’s minds. But the possible impeachment of Trump has rarely been discussed, partly because it still isn’t clear whether Democrats will go down that route when they take control of the House in 2019.

Being impeached doesn’t mean being kicked out of office. On the U.S. federal level, it’s a process whereby a simple majority vote in the House can accuse a civil official, including the president, of an “impeachable” offense. That accusation would then move to the Senate, which would decide whether to convict the official.

Whether or not the impeachment process gets underway, it’s likely to feature highly in U.S. political discussions and cripple Washington’s ability to get things done — that in itself is a big risk for businesses, said Steve Okun, senior advisor at U.S.-based geopolitical consulting firm McLarty Associates.

“Democrats will do something on impeachment next year,” he told CNBC’s Nancy Hungerford on Wednesday.

Okun noted comments by Jerry Nadler, the expected chairman of the House Judiciary Committee, that Trump may have committed “impeachable offenses” if he’s found to have a hand in paying hush money to several women.

“Whether the Democrats will impeach Trump, he didn’t say, but he said he committed impeachable offenses and that came with the hush money cover up and certainly can come with the obstruction of justice with the Mueller report comes out,” said Okun, who’s also a board member of the American Chamber of Commerce in Singapore.

Justice Department special counsel Robert Mueller is reportedly nearing the end of his investigation into whether Russia interfered with the 2016 presidential elections. He’s expected to submit a report to the attorney general as early as mid-February, NBC News reported.

“Washington is going to shut down, literally … because the president is not going to be able to focus on anything but that. I think that is a huge risk going into 2019,” he added.

Trump’s trade policies — such as pulling out of the Trans-Pacific Partnership during his first days in office — have put American companies at a disadvantage outside of the U.S., he said.

The president’s focus on immigration, rather than the economy, will only make things worse, he added. Trump’s insistence on getting funding for a border wall between the U.S. and Mexico has resulted in a partial government shutdown. Okun predicted that U.S. funding gap would last until Jan. 7 or 8.

“I think 2019 is going to make 2018 look tame in comparison … I’ve never seen such nervousness in the U.S. business community as I’ve seen now,” he said.