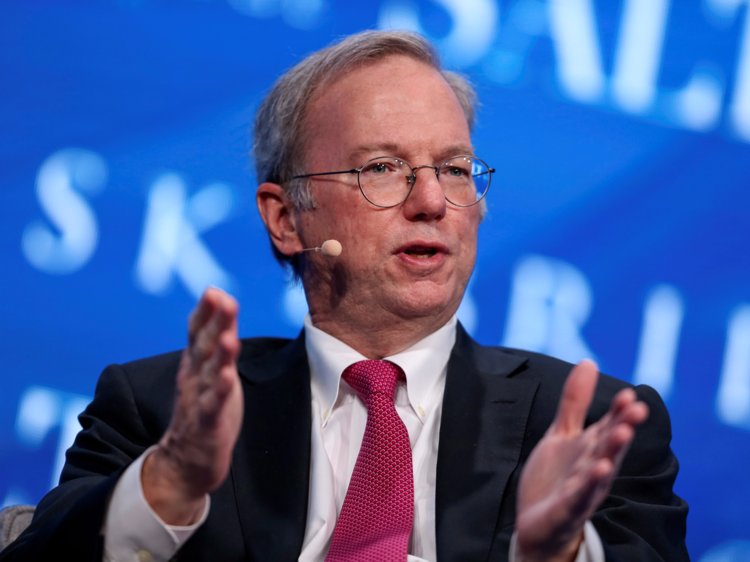 The internet will be splitting into two in the years to come according to former Google’s Ex-CEO Eric Schmidt. On Wednesday September 19, 2018, in a private event in San Francisco about the future of the internet Schmidt was asked by economist Tyler Cowen about the future of internet and the possibility of its fragmentation into separate parts. “What’s the chance, say, 10 to 15 years, we have just three to four separate internets?”

Schmidt replied by telling him that the internet will be split between an internet led by the US and the other led by China. “I think the most likely scenario now is not a splintering, but rather a bifurcation into a Chinese-led internet and a non-Chinese internet led by America.” He explained his answer by demonstrating how the scale of the Chinese companies and the wealth the country has reached that will allow it to expand and be able to create its own internet infrastructure. “The scale of the companies that are being built, the services being built, the wealth that is being created is phenomenal. Chinese Internet is a greater percentage of the GDP of China, which is a big number, than the same percentage of the US, which is also a big number.”

He further explained that China’s The Belt and Road Initiative (BRI) or more accurately the Silk Road Economic Belt which will link China with Europe, the Middle East, Africa and Asia. This actual road with its digital link will facilitate also digital trade. And according to Schmidt he believes that countries will join China for its infrastructure. “Look at the way BRI works – their Belt and Road Initiative, which involves 60-ish countries – it’s perfectly possible those countries will begin to take on the infrastructure that China has with some loss of freedom.”

He mentioned the censorship which would come with China dominating half of the internet. “There’s a real danger that along with those products and services comes a different leadership regime from government, with censorship, controls, etc.” There is nothing new with China’s censorship policy as there is a lot of controversy with their new project with Google, where Schmidt was its CEO and acting Chairman. The codenamed project, Dragonfly, is a search engine made specifically for China and will help the country gain more control over its citizens. The role of this product is to censor searches that the government feels it will hinder their political agendas and decrease the effectiveness of their propaganda. While China will probably be a dominant player in the future of internet that are going to make sure it will be fully censored.

This is not China’s first attempt to suppress their own people. Their future plans involve cameras tracking of its citizens and follow their moves and behavior. The future which China is promising is a scary dystopian society, it seems so far no one is attempting to stop them from achieving that goal.

Measures to be taken by the United States to Regulate Big Tech Companies. to read moor click zahlepost.com